Alfred Stepan is the Wallace Sayre Professor of Government at Columbia University. His books include Democracies in Danger, Problems of Democratic Transition and Consolidation, and The Breakdown of Democratic Regimes, all also published by Johns Hopkins, the last two with Juan J. Linz. Juan J. Linz is Sterling Professor Emeritus of Political and Social Science at Yale University. In addition to the works coauthored and coedited with Professor Stepan, Professor Linz has published works on democracy, democratization, and comparative politics, including Sultanistic Regimes, also published by Johns Hopkins. Yogendra Yadav is the codirector of Lokniti and a Senior Fellow with the Center for the Study of Developing Societies (CSDS), Delhi, India. He has written articles for Hindi- and English-language newspapers and magazines, is a member of the editorial collective of the monthly Hindi-language magazine Samayik Varta, and is the general editor of Lokchintan Granthamala, a four-volume series on social science published in Hindi. 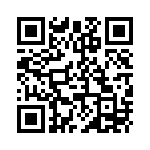