My favorite book of all time. The second duty is so beautiful

This distinguished novelist, poet, and translator was born in Crete and educated in Athens, Germany, Italy, and Paris, where he studied philosophy. He found time to write some 30 novels, plays, and books on philosophy, to serve his government, and to travel widely. He ran the Greek ministry of welfare from 1919 to 1921 and was minister of state briefly in 1945. A political activist, he spent his last years in France and died in Germany. Kazantzakis's character Zorba has been called "one of the great characters of modern fiction," in a novel that "reflects Greek exhilaration at its best" (TLS). A film version of 1965, starring Anthony Quinn, made Kazantzakis widely known in the West. Intensely religious, he imbued his novels with the passion of his own restless spirit, "torn between the active and the contemplative, between the sensual and the aesthetic, between nihilism and commitment" (Columbia Encyclopedia). Judas, the hero of The Last Temptation of Christ (1951) is asked by Christ to betray him so that he can fulfill his mission through the crucifixion. For this book Kazantzakis was excommunicated from the Greek Orthodox Church. The Fratricides, Kazantzakis's last novel, portrays yet another religious hero, a priest caught between Communists and Royalists in the Greek Civil War. 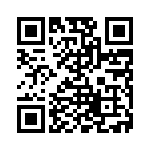