On my country and the world

In these three essays, the former Soviet leader discusses the 1917 revolution, the Soviet Union and its demise, and international relations He feels that a 1917 revolution in Russia was inevitable ... Read full review

Mikhail Gorbachev, General Secretary of the Communist Party of the Soviet Union, 1985-1991, and President of the Soviet Union, 1988-1991, currently heads the Gorbachev Foundation in Moscow and lectures widely. He is also the author of Perestroika and Soviet-American Relations, The Search for a New Beginning: Developing a New Civilization, and The August Coup: The Truth and the Lessons.George Shriver has translated and edited many books, including Nikolai Bukharin's How It All Began: The Prison Novel and Roy Medvedev's On Soviet Dissent, The October Revolution, Let History Judge, and Post-Soviet Russia (all published by Columbia). 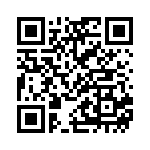