Benoît Godin is a professor at INRS in Montreal, Canada. He holds a Dphil in science policy from Sussex (UK) University and has written extensively on science policy, research evaluation and science indicators. 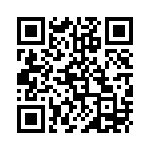