I read Book 1 and 2 of this series back when they first came out but then the long wait till the next publication meant I sort of forgot about it (even though I really like Tad Williams as an author ... Read full review

I "read" this as an audio book and enjoyed both the book and the performer. It's calling on some of the weirdness of Hope Mirrlees' Lud-in-the-Mist in combination with the hulking castle of Mervyn ... Read full review

Tad Williams has held more jobs than any sane person should admit to—singing in a band, selling shoes, managing a financial institution, throwing newspapers, and designing military manuals, to name just a few. He also hosted a syndicated radio show for ten years, worked in theater and television production, taught both grade-school and college classes, and worked in multimedia for a major computer firm. He is cofounder of an interactive television company, and is currently writing comic books and film and television scripts as well. Tad and his family live in London and the San Francisco Bay Area. You can find Tad Williams at tadwilliams.com. 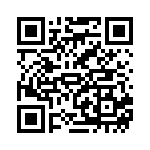