George Nathanial Curzon, the Most Honorable 1st Marquess Curzon of Kedleston, was indeed a very interesting fellow. He was the oldest son of Alfred Curzon, 4th Baron Scarsdale, and educated at Eton ... Read full review

A very substantial and definitive biography of one of Britain's most distinctive politicians of the late 19th century and early 20th century. Curzon was a tremendous traveller and scholar of other ... Read full review

David Gilmour is the author of many works of literary and political history, including The Long Recessional: The Imperial Life of Rudyard Kipling (FSG, 2002) and The Last Leopard: A Life of Giuseppe di Lampedusa. He lives in Edinburgh. 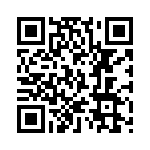