Slight SPOILER: While the rest of the book was interesting, what I found most important was the very end: In many stories and in real life, we often want to paint a false, pretty picture of a person ... Read full review

I didn't know how to rate this novel. The writing is superb, but the characters are mostly unlikeable, especially those in the modern subplot. Yes Horn wove the 3 parts together well, but I couldn't ... Read full review

Dara Horn is a two-time winner of the National Jewish Book Award for Fiction and one of Granta’s Best American Novelists. She lives in New Jersey with her husband and four children. 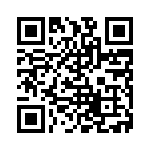