Donald R. Liddick is Associate Professor of Administration of Justice at the University of Pittsburgh, Greensburg. He is the author of The Global Underworld (Praeger, 2004) and other books and articles that have appeared in various journals. 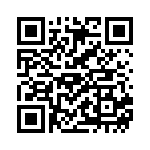