I studied experimental psychology at the University of Padova, Italy, graduating in 1989. My supervisor was Giovanni Vicario. The Department was an amazing place to study, full of activity but also with a sense of its long history. After my degree I went to the University of Virginia, USA, for an MA and PhD. There I worked with Dennis Proffitt and Michael Kubovy. In 1996, after my PhD, I took on a lectureship in England at Staffordshire University. In 1999 I moved to the University of Liverpool where I set up the Visual Perception Lab.

I have worked on many aspects of visual perception. I have studied perception of shape, including symmetry, contour curvature and part structure. Starting from work on symmetry I have also explored the link between perception and emotion, or more specifically what visual properties drive visual preference. At a more cognitive level I have studied how people think about and interact with mirrors (you can look up the Venus effect on Wikipedia). More recently, and mainly by chance, I have also discovered and named the Honeycomb illusion, which is discussed in detail in Chapter 11. 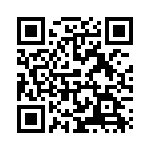