Great Book, Orange Sunshine is more about us, but not quite true, by Nick Schue.

This book is about more than LSD. It's about society and the US Governments reaction to a changing social order. Read full review

Martin A. Lee is the author of four books, including most recently "Smoke Signals: A Social History of Marijuana" "Medical, Recreational and Scientific". He is the cofounder of the media watch group FAIR and the director of Project CBD, a medical science information service. He is also the author of "Acid Dreams" and "The Beast Reawakens", and his writing has appeared in many publications, including "The Washington Post", "The Los Angeles Times", "Harper s Magazine", "Le Monde Diplomatique", "Rolling Stone", "The Nation", Salon.com, HuffingtonPost.com, and TheDailyBeast.com. 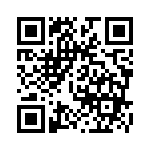