Since I first heard of Boudica, I've been fascinated by her tragic story: wronged queen, vengeful mother, freedom fighter for her people, warrior queen who came this close to throwing the mighty Roman ... Read full review

It's not a very long book, just over 200 pages, I believe. I didn't make it through the amount of information about things we apparently don't know. It's amazing how someone can write a book about a ... Read full review

Richard Hingley is Professor in Roman Archaeology at the University of Durham and the author of Roman Officers and English Gentlemen.

Christina Unwin is a graduate in archaeology from University College London, a postgraduate in design from the London College of Printing and works as a freelance graphic designer, illustrator and exhibition designer working on a wide range of different projects. She is also the co-author of Boudica: Iron Age Warrior Queen.

Christina Unwin is a graphic designer, illustrator and archaeologist. 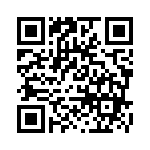