Fouad Ajami was born in Arnoun, Lebanon on September 19, 1945. He attended Eastern Oregon College, then received a Ph.D. at the University of Washington after writing a thesis on international relations and world government. He taught at several universities including Princeton University, Johns Hopkins University, and the Hoover Institution. He was an author and broadcast commentator on Middle East affairs who helped rally support for the United States invasion of Iraq in 2003. His first book, The Arab Predicament: Arab Political Thought and Practice Since 1967, was published in 1981. His other works include The Vanishing Imam: Musa al Sadr and the Shia of Lebanon, Beirut: City of Regrets, and The Dream Palace of the Arabs. He received a National Humanities Medal in 2006. He died from cancer on June 22, 2014 at the age of 68. 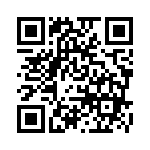