Nigel K. Ll. Pope took his undergraduate degree in politics and Anglo-Saxon literature at the University of Queensland. He later took his MBA from the University of Central Queensland and his doctorate from Griffith University, specializing in sport sponsorship. His research has appeared in the Journal of Advertising, European Journal of Marketing and Sport Marketing Quarterly amongst other publications. His current interests are in digitization of entertainment and the structural foundations of the entertainment industry. He is currently an Associate Professor with Griffith Business School.

Kerri-Ann L. Kuhn is a Post-Doctoral Research Fellow and Lecturer at the Queensland University of Technology (QUT), where she teaches e-Marketing Strategies. She holds a PhD from QUT (Australia) and a Masters of Marketing Management with Honours from Griffith University (Australia), where she also earned her Bachelor degrees in International Business and Commerce, and a Graduate Diploma in Japanese. She is also the recipient of an Australian Postgraduate Award. Her research interests are in the areas of marketing communications and interactive technologies, particularly video gaming, and the effects on consumer behavior. She has published and presented papers in this area, which includes appearances in national print media and radio interviews with the Australian Broadcasting Corporation (ABC).

John Forster is currently on secondment from Griffith University (Australia) (where he teaches economics) to The American University of Sharjah, UAE (teaching management). In one way or another, John has been associated with Canberra CAE, Queensland University of Technology and Sydney University (all Australia); University of the South Pacific (Fiji); University of Waikato (NZ); North East London Polytechnic, Keele University and Queen Mary College (all UK); and McMaster University (Canada). His early interest was in urban networks and urban labour markets. John has also been an Australian public servant, as well as a member of the crew of the historic tug, SS Forceful, on the Brisbane River and Moreton Bay. He has published eight books on topics such as Strategic Management, Sports Governance and Public Management. His interest in digital technologies include both sport and the operation of electronic markets. [Editor] 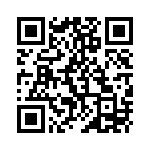