Karen Pechilis is NEH Distinguished Professor of Humanities and Chair and Professor of Religion at Drew University, USA. Her books for Routledge include Interpreting Devotion: The Poetry and Legacy of a Female Bhakti Saint of India (2011).

Selva J. Raj (1952- 2008) was Chair and Stanley S. Kresge Professor of Religious Studies at Albion College, USA. He served as chairman of the Conference on the Study of Religions of India and co-edited several books on South Asia. 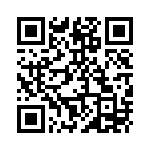