Rudyard Kipling was born in Bombay in 1865. In 1871 he was brought home from India and spent five unhappy years with a foster family in Southsea. It was during his time at college that he began writing poetry, and Schoolboy Lyrics was published privately in 1881. In 1892 he married an American, Caroline Balestier, and from 1892 to 1896 they lived in Vermont, where Kipling wrote The Jungle Book. In 1901 came Kim and in 1902 Just So Stories. Kipling refused to accept the role of Poet Laureate and other civil honours, but he was the first English writer to be awarded the Nobel Prize, in 1907. He died in 1936. 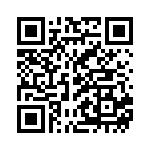