Dr. Nick Lane is an honorary senior research fellow at University College, London. His first book, Oxygen: the Molecule that made the World, was published to critical acclaim by Oxford University Press in 2002. 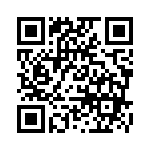