Donald Kuspit is one of America's most distinguished art critics. Winner of the prestigious Frank Jewet Mather Award for Distinction in Art Criticism (1983), given by the College Art Association, Professor Kuspit is a Contributing Editor at Artforum, Sculpture, and New Art Examiner magazines, Editor of Art Criticism, and is on the advisory board of Centennial Review. He is also the editor of a series on American Art Criticism for Cambridge University Press. He holds doctorates in philosophy (University of Frankfurt) and art history (University of Michigan), as well as degrees from Columbia University, Yale University, and Pennsylvania State University, and has completed the course of study at the Psychoanalytic Institute of the New York University Medical Center. He has received fellowships from the Ford Foundation, Fulbright Commission, National Endowment for the Humanities, National Endowment for the Arts, Guggenheim Foundation, and Asian Cultural Council, among other organizations. Some of his most recent books are The Cult of the Avant-Garde Artist, The Dialectic of Decadence, The New Subjectivism: Art in the 1980s, Signs of Psyche in Modern and Postmodern Art, and Idiosyncratic Identities: Artists at the End of the Avant-Garde, and books on Leon Golub and Louise Bourgeois. He is Professor of Art History and Philosophy at the State University of New York at Stony Brook.

Mark Strand teaches in the Writing Seminars at Johns Hopkins University. He is the author of nine books of poems, the most recent of which is Dark Harbor. A MacArthur Fellow and U.S. Poet Laureate 1990-91, he was awarded the Bollinger Prize for poetry in 1993. He lives in Baltimore with his wife and son. 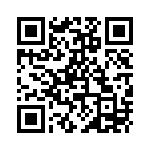