Brenda Laurel has worked in interactive media since 1976 as a designer, researcher, writer and teacher. She currently serves as an Adjunct Professor of Computer Science and Affiliated Faculty for Games and Playable Media at the University of California, Santa Cruz. Dr. Laurel previously served as Professor and Founding Chair of the graduate program in design at California College of Arts and the Media Design Program at Art Center College of Design. She previously was a distinguished engineer at Sun Microsystems Labs (2005-2006). Based on her research in gender and technology at Interval Research, she co-founded Purple Moon in 1996 to create interactive media for girls. In 1990 she co-founded Telepresence Research, focusing on virtual reality and remote presence. Other employers have included Atari, Activision, and Apple. Her books include The Art of Human-Computer Interface Design (1990), Computers as Theatre, Second Edition (forthcoming 2013), Utopian Entrepreneur (2001), and Design Research: Methods and Perspectives (2004). She earned her BA from Depauw University and her MFA and PhD in theatre from The Ohio State University. 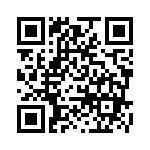