Robert E. Slavin is director of the Center for Research and Reform in Education at Johns Hopkins University, director of the Institute for Effective Education at the University of York, and the cofounder and chairman of the Success for All Foundation. He has authored or coauthored more than 200 articles and 20 books, including Educational Psychology: Theory into Practice (Allyn & Bacon, 1986, 1988, 1991, 1994, 1997, 2000, 2003), Cooperative Learning: Theory, Research, and Practice (Allyn & Bacon, 1990, 1995), Show Me the Evidence: Proven and Promising Programs for America’s Schools (Corwin, 1998), Effective Programs for Latino Students (Erlbaum, 2000), and One Million Children: Success for All (Corwin, 2001). He received the American Educational Research Association’s Raymond B. Cattell Early Career Award for Programmatic Research in 1986, the Palmer O. Johnson award for the best article in an AERA journal in 1988, the Charles A. Dana award in 1994, the James Bryant Conant Award from the Education Commission of the States in 1998, the Outstanding Leadership in Education Award from the Horace Mann League in 1999, and the Distinguished Services Award from the Council of Chief State School Officers in 2000. He received his BA in psychology from Reed College in 1972 and his PhD in social relations in 1975 from Johns Hopkins University.

Nancy A. Madden is president and cofounder of the Success for All Foundation, a professor at the University of York (England), and a professor in the Center for Research and Reform in Education at John Hopkins University. From 1980 to 1998, she was a research scientist at the Center for Research on the Education of Students Placed at Risk at Johns Hopkins University, where she directed the development of the reading, writing, language arts, and mathematics elements of Success for All. An expert in literacy and instruction, Madden is the author or coauthor of many articles and books on cooperative learning, mainstreaming, Chapter 1, and students at risk, including Effective Programs for Students at Risk (Allyn & Bacon, 1989) and One Million Children: Success for All (Corwin, 2001). She received her BA in psychology from Reed College in 1973 and her PhD in clinical psychology from American University in 1980. 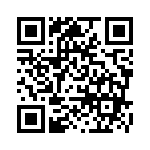