As an undergraduate at the University of Chicago, Edwin Hubble was an exceptional boxer. His boxing abilities attracted the attention of a promoter who wanted to train him to fight the contemporary world heavyweight champion, Jack Johnson. Hubble, however, resisted the temptations of the boxing ring and instead became a Rhodes scholar. He practiced law for a short time, and in 1914 he found his niche in astronomy, attending the Yerkes Observatory for graduate work. In 1919 Hubble became an astronomer at the Mt. Wilson Observatory, where he remained until 1948. From 1948 to 1953, he was an astronomer at Mt. Palomar Observatory. Hubble's research on galaxies led to his conclusion that galaxies are actually swarms of hundreds of billions of stars. Using his research and that of others (principally Milton Humason and Vesto M. Slipher), Hubble established the relation between redshift and distance, which showed that the universe is expanding. 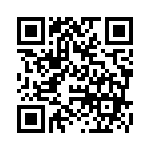