I wasn't sure what to expect from this, having been rather mixed in my reactions to Rob Bell's other books. But I found it very appealing, right from the start. The concept of God being concerned with ... Read full review

Robert Holmes "Rob" Bell Jr. was born on August 23, 1970. Bell grew up in a traditional Christian environment. He attended Wheaton College. While at Wheaton, he roomed with Ian Eskelin of All Star United. With friends Dave Houk, Brian Erickson, Steve Huber and Chris Fall, he formed the indie rock band, "ton bundle". Bell received his bachelor's degree in 1992 from Wheaton and taught water skiing in the summers at Wheaton College's Honey Rock Camp. During this time, Bell offered to teach a Christian message to the camp counselors after no pastor could be found. He taught a message about "rest". He said that God led him to teaching at this moment. Bell moved to Pasadena, California to pursue this calling for teaching and received a M.Div. from Fuller Theological Seminary. According to Bell, he never received good grades in preaching class because he always tried innovative ways to communicate his ideas. During his time at Fuller he was a youth intern at Lake Avenue Church. He did, however, occasionally attend Christian Assembly in Eagle Rock, California, which led to him and his wife asking questions in the direction of how a new style of church would appear. Bell and his wife moved from California to Grand Rapids to be close to family and on invitation to study under pastor Ed Dobson. He handled many of the preaching duties for the Saturday Night service at Calvary Church. Bell announced that he would be branching out on his own to start a new kind of community and he would call it "Mars Hill" after the Greek site where the apostle Paul told a group, "For as I walked around and looked carefully at your objects of worship, I even found an altar with this inscription: TO AN UNKNOWN GOD. Now what you worship as something unknown I am going to proclaim to you." In February 1999, Bell founded Mars Hill Bible Church, with the church originally meeting in a school gym in Wyoming, Michigan. As of 2005, an estimated 11,000 people attend the two "gatherings" on Sundays at 9 and 11 AM.[7] As of March 2011, Sunday attendance numbers between 8,000 and 10,000.[8] His teachings at Mars Hill inspired the popular "Love Wins" bumper sticker, and the congregation freely distributes these stickers after services. 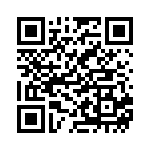