Good read but incomplete bibliography, no index and misspelled words.
Fortunately, for living in the Philippines the author had access to documents and manuscripts an average Philippines researcher in the USA would not have. But most times she doesn't say how she used these manuscripts. I was disappointed in the book even though it covers the entire period of history the Manila Galleons ran. With as much effort as she put into the book, it seems like it was rushed to production.

Shirley Fish is an American Freelance Writer and Researcher working in Asia since 1980. She has lived in South Korea, Hong Kong, Indonesia and is currently living in Manila, Philippines. Over the years she has been a magazine editor and foreign correspondent for various Asian publications. She has a Master's Degree in Education from the University of Southern California. In 2003, her first book "When Britain Ruled the Philippines 1762-1764 : The Story of the 18th Century British Invasion of the Philippines During the Seven Years War," was published in the United States. 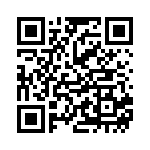