There are several reasons this book is, as the preface states, "not treated as a truly important Victorian novel." In addition to having one of the most boring plots I have ever encountered--a ... Read full review

William Owen Chadwick was born in London, England on May 20, 1916. He received a degree in history in 1938 and a degree in theology in 1939 from St. John's College in Cambridge. He attended Cuddeson, a theological college, to study for holy orders. The Church of England ordained him a deacon in 1940 and a priest in 1941. He was master of Selwyn College, Cambridge University, for almost 30 years, beginning in the mid-1950s and retiring in 1983. He was chancellor of the University of East Anglia from 1985 to 1994. In 1966, he was put at the head of a commission to redefine Parliament's role in church affairs. When put into effect, the recommendations of the Chadwick Report, retained the ties between the Church of England and the state but gave the church greater control over the appointment of bishops. It also ended Parliament's nominal control over changes in doctrine and ritual. He wrote numerous books during his lifetime including John Cassian: A Study in Primitive Monasticism, The Reformation, The Secularization of the European Mind in the Nineteenth Century, Victorian Miniature, The Victorian Church, The Christian Church in the Cold War, and A History of Christianity. He oversaw the publications of a 16-volume work entitled The Oxford History of the Christian Church. He also wrote three volumes himself: The Popes and European Revolution, A History of the Popes, 1830-1914, and The Early Reformation on the Continent. He died on July 17, 2015 at the age of 99. 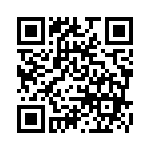