James G. Clark is Reader in History at the University of Bristol. He has published widely on the learned culture of later medieval England. His publications include A Monastic Renaissance at St Albans: Thomas Walsingham and his Circle, c.1350-c.1440 (2004). His research on the reception of the classics has been supported by fellowships from the British Academy and the Leverhulme Trust. He is a Fellow of the Royal Historical Society.

Frank T. Coulson is a Professor in the Department of Greek and Latin at the Ohio State University where he serves as Director of Palaeography in the Center for Epigraphical and Palaeographical Studies. He has published extensively on the medieval and Renaissance manuscript tradition of Ovid. His books include The Vulgate Commentary on Ovid's Metamorphoses: The Creation Myth and the Story of Orpheus (1991) and (with Bruno Roy) Incipitarium Ovidianum: A Finding Guide for Texts in Latin Related to the Medieval School Tradition on Ovid (2000).

Kathryn McKinley is Associate Professor of English at the University of Maryland, Baltimore County. She has published several studies on Ovid in medieval England (both in manuscript contexts and vernacular poetry). Her book, Reading the Ovidian Heroine: Metamorphoses Commentaries 1100-1618 (2001) is the first extended study of clerical readings of gender in medieval and early modern commentaries on Ovid. She is currently at work on a book-length study of Chaucer's House of Fame. 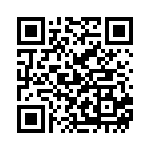