Rivers of the world: a social, geographical, and environmental sourcebook

Penn (Encyclopedia of Geographical Features in World History) has produced a well-researched reference work covering the major rivers of the world in their physical, cultural, and environmental ... Read full review

James R. Penn is a professional writer and the author of ABC-CLIO's Encyclopedia of Geographical Features in World HIstory. 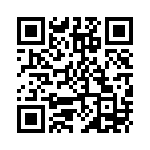