John E. Worth is associate professor of anthropology at the University of West Florida. He is the editor and translator of Discovering Florida: First-Contact Narratives from Spanish Expeditions along the Lower Gulf Coast. 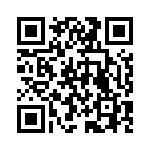