John Bruiser is a lifestyle biker who enjoys the freedom of the open road. He has been a writer for more than a decade. He lives in Memphis, TN, with his current long time boyfriend and still entertains a fulfilling friendship with his ex-husband and writing partner of 13 years, Jim Vyron. John enjoys a comfortable life with his cats, his motorcycle, and his friends. He likes long road trips on his 1988 Harley RoadMaster which he has restored himself with the help of his ex-husband. He listens to Jazz, classic biker rock, and new age contemporary instrumental. John is also the man behind the popular Facebook and YouTube “Furr Ball” rant videos, the Furr Ball’s World blog, and Furr Balls Rambling Twitter feed. 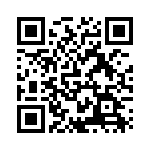