This is a great book on political coalitions, especially in dictatorial regimes. The authors' model of political life is simple but enlightening. Leaders strive to stay in power and to do so they must ... Read full review

A guide to how authoritarian rulers operate. Interesting. It's really an attempt to popularise some basic ideas of comparative politics and international relations, and update Machiavelli. Read full review

Bruce Bueno de Mesquita is the Julius Silver Professor of Politics and director of the Alexander Hamilton Center for Political Economy at New York University. He is the author of sixteen books, including The Predictioneer's Game.

Alastair Smith is professor of politics at New York University. The recipient of three grants from the National Science Foundation and author of three books, he was chosen as the 2005 Karl Deutsch Award winner, given biennially to the best international relations scholar under the age of forty. They are also the authors of The Spoils of War: Greed, Power, and the Conflicts That Made Our Greatest Presidents. 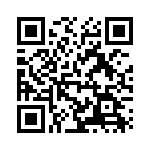