Sally Laird is a freelance writer and translator who currently teaches at the European Film College in Denmark. Educated in Philosophy and Russian Literature at Oxford and Harvard, she formerly edited the magazine Index on Censorship and was Director of the Central and East European PublishingProject, Oxford. She has translated works by, among others, Lyudmila Petruchevskaya, Vladimir Sorokin and Igor Pomerantsev. 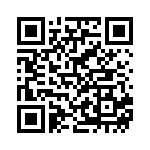