Mordechai Nadav is a leading Israeli scholar of Eastern European Jewry. His Hebrew version of this volume was published in 1973. Mark Mirsky is Professor of English at the City College of New York and Editor of the literary magazine, Fiction. Moshe Rosman is Professor of Jewish History at Bar Ilan University, Israel. His books include Founder of Hasidism (1996 in English, 1999 in Hebrew), winner of The National Jewish Book Award (1996) and of The Shazar Prize for Best Book in Jewish History (2000). 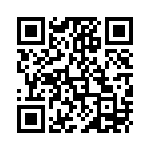