I admit I had some difficulty getting into this. I was fascinated by the characters and the world, but that's not quite the same thing as being engaged and understanding it all. Despite this being the ... Read full review

A confusing mess, but despite this Brin takes us into new worlds and acquaints us with all sorts of new species and so it slips into a 3-star. Read full review

David Brin is a scientist, writer, and public speaker. He was born in Pasadena, California, on October 9, 1950. Brin attended the California Institute of Technology (Caltech) and later earned a doctorate at the University of California. He accepted a position as an engineer at Hughes Aircraft Company. Brin is a former fellow at the California Space Institute and serves on several government and nongovernment advisory committees dealing with issues involved with technological growth. Brin has lectured all over the world on such topics as space flight, ecology, and the search for extraterrestrial life. Brin deals with global warming, the destruction of the ozone layer, and pollution of Earth. His 1987 novel, The Uplift War, received the Hugo Award and the Locus Award. His novels have been translated into 20 languages. 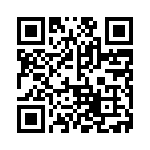