Tricia Jenkins is an assistant professor in the Film, Television, and Digital Media Department at Texas Christian University. She has published several articles on the CIA in Hollywood and on the spy genre more broadly. 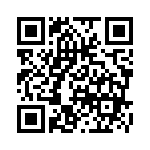