Roschanack Shaery-Eisenlohr is a researcher at the Max Planck Institute for the Study of Religious and Ethnic Diversity in Germany. 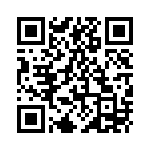