Anyone who has studied counseling, self-help, coaching or psychology at any level has probably been influenced by the ideas in this book. However this book is more than the grandaddy of all modern ... Read full review

Viktor E. Frankl was Professor of Neurology and Psychiatry at the University of Vienna Medical School. For twenty-five years he was head of the Vienna Neurological Policlinic. His Logotherapy/Existential Analysis came to be known as the “Third Viennese School of Psychotherapy.” He held professorships at Harvard, Stanford, Dallas, and Pittsburgh, and was Distinguished Professor of Logotherapy at the U.S. International University in San Diego, California. ??

Born in 1905, Frankl received the degrees of Doctor of Medicine and Doctor of Philosophy from the University of Vienna. During World War II he spent three years at Auschwitz, Dachau, and other concentration camps. Through four decades Dr. Frankl made innumerable lecture tours throughout the world. He received honorary degrees from twenty-nine universities in Europe, the Americas, Africa, and Asia. He held numerous awards, among them the Oskar Pfister Award of the American Psychiatric Association and an Honorary Membership of the Austrian Academy of Sciences. Frankl’s thirty-nine books appeared in forty-eight languages. His book Man’s Search for Meaning has sold millions of copies and has been listed among “the ten most influential books in America.”?Viktor Frankl died 1997 in Vienna. 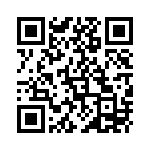