This book grabbed me, I could almost smell the fear and see the horrors that were being perpetrated on Europe and in this book France during this terrible time in history. The author gives us a young ... Read full review

The Black Swan of Paris (Original)

Famed, beautiful Parisian singer Genevieve Dumont uses her alliance with the Resistance to rescue her mother from the Nazis in Robards’s thrilling latest (after The Fifth Doctrine). As the darling of ... Read full review

Karen Robards was born in Louisville, Kentucky on August 24, 1954. She graduated from the University of Kentucky. Her first novel, Island Flame, was published in 1981, when she was 24 years old. Since then, she has written more than 40 contemporary and historical romances including To Love a Man, Sea Fire, One Summer, Irresistible, Whispers at Midnight, Guilty, Shameless, and Sleepwalker. She has received six Silver Pen Awards, two Waldenbooks Wally Awards, one Romantic Times award, a Romantic Times Career Achievement Award, and has been named to the Romantic Times Romance Writers Hall of Fame. She has written a number of series, including The Banning Sisters and Charlotte Stone. Her title's, The Last Kiss Goodbye and Hush made The New York Times best seller list. 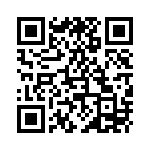