Andrew Wiest is a Professor of History at the University of Southern Mississippi and serves as Director of the Vietnam Studies Program and co-director of the university's Center for the Study of War and Society. He is author of Campaigns of World War II: The Pacific War, and co-author of Passchendaele and the Royal Navy, The Illustrated History of the Vietnam War and Strategy and Tactics: Infantry Warfare. Chris McNab is a wilderness expert, military specialist and author of over 20 survival publications, including How to Survive Anything, Anywhere, Living off the Land, and SAS Training Manual: Endurance Techniques. He holds a PhD from the University of Wales and lives in south Wales, UK. 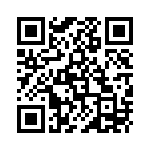