Morton M. Denn is the Albert Einstein Professor and Director of the Benjamin Levich Institute for Physico-Chemical Hydrodynamics at the City College of New York, CUNY. Prior to joining CCNY in 1999, he was Professor of Chemical Engineering at the University of California, Berkeley, where he served as Department Chair, as well as Program Leader in the Materials Sciences Division of the Lawrence Berkeley National Laboratory. He previously taught chemical engineering at the University of Delaware, where he was the Allan P. Colburn Professor. Professor Denn was Editor of AIChE Journal from 1985 to 1991 and Editor of the Journal of Rheology from 1995 to 2005. He is the recipient of a Guggenheim Fellowship; a Fulbright Lectureship; the Professional Progress, William H. Walker, Warren K. Lewis, and Institute Lectureship Awards of the American Institute of Chemical Engineers; the Chemical Engineering Lectureship of the American Society for Engineering Education; and the Bingham Medal and Distinguished Service Awards of the Society of Rheology. He is a member of the National Academy of Engineering and the American Academy of Arts and Sciences, and he received an honorary D.Sc. from the University of Minnesota. His previous books are Optimization by Variational Methods, Introduction to Chemical Engineering Analysis (as co-author), Stability of Reaction and Transport Processes, Process Fluid Mechanics, and Process Modeling. 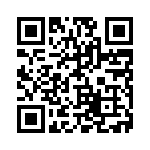