This is the story of 2 childhood friends who had not seen each other for 41 years. This book has some eloquent truths: Facts are not truth; and friends can kill each other but death does not end a ... Read full review

Very difficult to rate. The first part is exceptional in its descriptions and characterizations of people and situations many of which you would like to memorize. After this a long monologue of the ... Read full review

Sándor Márai was born in Kassa, in the Austro-Hungarian Empire, in 1900, and died in San Diego in 1989. He rose to fame as one of the leading literary novelists in Hungary in the 1930s. Profoundly antifascist, he survived World War II, but persecution by the Communists drove him from the country in 1948, first to Italy, then to the United States. He is the author of a body of work now being rediscovered and which Knopf is translating into English. 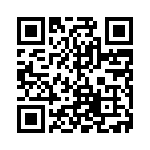