A native of Great Britain, Oxford-educated Arnold J. Toynbee was a prolific scholar who had a varied and interesting political and academic career. He served in the British foreign office during both world wars and was a delegate to the 1919 Paris Peace Congress. From 1925 to 1955, he held the position of director of studies at the Royal Institute of International Affairs and was professor of history at the University of London during approximately the same time. Toynbee was always a controversial historian who made sweeping generalizations about history that were often criticized by other scholars. Of himself, he wrote:"What I am trying to do is explain to Western people that they are only a small minority of the world---the great world is Asia and Africa---outside the West." Among Toynbee's publications are East to West: A Journey round the World (1958), a collection of world portraits of contemporary affairs and conditions in ancient settings, and Between Oxus and Jumna (1961), an unsurpassed travel guide to a little-known, rugged area encompassing Afghanistan, western Pakistan, and northwest India. But his major work is without doubt his A Study of History (1934--1961), his investigation into the growth and decay of civilizations, which took him 40 years of steady labor. In this work Toynbee examines all of recorded history and concludes that each civilization is subject to a cycle of early struggle, growth, and then decline. Rather than revise all the volumes of this monumental work, he decided to correct errors and refute his critics, in the twelfth volume of the set, Reconsiderations (1961) At age 80, Toynbee was still going strong and continuing to work a seven-day week."I suppose that one day I might stop, and if I stopped I might suddenly crumple," he said. "It is very important to keep going. 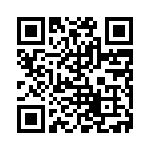