David Gilbarg was born in New York in 1918, and was educated there through udergraduate school. He received his Ph.D. degree at Indiana University in 1941. His work in fluid dynamics during the war years motivated much of his later research on flows with free boundaries. He was on the Mathematics faculty at Indiana University from 1946 to 1957 and at Stanford University from 1957 on. His principal interests and contributions have been in mathematical fluid dynamics and the theory of elliptic partial differential equations.

Neil S. Trudinger was born in Ballarat, Australia in 1942. After schooling and undergraduate education in Australia, he completed his PhD at Stanford University, USA in 1966. He has been a Professor of Mathematics at the Australian National University, Canberra since 1973. His research contributions, while largely focussed on non-linear elliptic partial differential equations, have also spread into geometry, functional analysis and computational mathematics. Among honours received are Fellowships of the Australian Academy of Science and of the Royal Society of London. 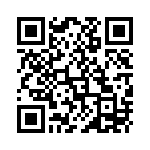