Dr. Scott A. Weinstein is a clinical toxinologist, venom researcher, and family physician. His academic training includes general and field herpetology, medical microbiology/immunology, biomedical sciences and comparative religion. His experience includes: treating snakebites and marine envenoming, as well as poisonous ingestions; characterization of aberrant toxins present in snake venoms; isolation of antimicrobial components of venoms; pharmacological studies of venom toxins in the rat blood-brain-barrier model and iontophoretic investigations, and antigenic relationships among venoms and secretions/blood of non-front-fanged snakes. He is a faculty member of the recurring Marine Animals and Snakebite Management symposia (Kuala Lumpur, Malaysia, Bangkok, Thailand and Yogyakarta, Indonesia) and is also a practicing family physician. He has contributed more than 100 peer-reviewed journal papers, and 4 books in toxinology, herpetology and clinical medicine. He is currently clinical toxinologist at the Women’s and Children’s Hospital, Adelaide, Assoc. Professor with the University of Adelaide School of Medicine, and Fellow of the American Academy of Family Physicians.

Professor David Alan Warrell is Emeritus Professor of Tropical Medicine and Honorary Fellow of St Cross College, University of Oxford, UK. After training at Oxford, St Thomas’ Hospital and the Royal Postgraduate Medical School in London, he lived, worked, researched and travelled in Ethiopia, Nigeria, Kenya, South Africa, Thailand, Burma, Sri Lanka, Bangladesh, Papua New Guinea, Brazil, Ecuador, Peru and other tropical countries, founding the Oxford University-based Tropical Medicine Research Program whose units study malaria and other major tropical diseases. He became Director of the Oxford Topical Network in 1986, and later Head of The Nuffield Department of Clinical Medicine, University of Oxford. He has published more than 400 research papers, articles, reviews and textbook chapters. He is a consultant to the World Health Organization on snake bites, rabies and malaria; the British Army, UK Medical Research Council, Foreign and Commonwealth Office, Earth Watch International (conservation), Zoological Society of London, Royal Geographical Society and ToxBase UK. He also served as the past President of the Royal Society of Tropical Medicine and Hygiene, and International Federation for Tropical Medicine. His principal research interest remains the pathophysiology and treatment of envenoming. In November 2010, David Warrell was awarded the William Osler Memorial Medal by the Universty of Oxford, and was recently (September 2019) awarded the Sir Patrick Manson Medal, the highest honor awarded by the Royal Society of Tropical Medicine and Hygiene.

Associate Professor White is Director of the Toxinology Department of the Women’s & Children’s Hospital in Adelaide, South Australia, a position he has held since 1990. He has been involved with managing cases of envenoming, notably snakebite, since 1976 and currently provides regular consultations, including numerous snakebites. His involvement with clinical toxinology remained a passionate sideline until he was invited to found the Toxinology Dept., Women’s & Children’s Hospital, Adelaide, in 1990, though throughout these earlier years he was involved in both basic (venom), and clinical toxinology research. He edited the CRC Handbook of Clinical Toxicology of Animal Venoms and Poisons and the Clinical Toxinology Resources website (www.toxinology.com) was launched in 2002 through his efforts. A frequently invited speaker at international meetings, he remains active in providing clinical advice in envenoming cases, teaching clinical toxinology, producing publications in the field and supporting research. He is currently the Secretary Treasurer of the International Society on Toxinology, and a principal member of the Burma Snakebite Project.

Dr. Keyler is Co-Director of Toxicology Research with the Minneapolis Medical Research Foundation. He is an Emeritus Professor (Department of Experimental & Clinical Pharmacology with the University of Minnesota, College of Pharmacy) and has authored numerous publications in peer-reviewed journals. He has also authored multiple book chapters involving immunotherapeutics, animal toxins, venomous snakebite, and the medical management of snakebite victims. He has been actively involved with venomous snakes for over 40 years. The medical treatment of venomous snakebites has been a significant component of his professional career, and he has been involved in the medical treatment of over 250 venomous snakebites, including exotic species. He served as Chair of the Envenomations SIG with the American Academy of Clinical Toxicology 2002-07 and is a founding member with the Medical Advisory Committee to the Online Antivenom Index. He is also an author and reviewer of medical management recommendations for snakebites in the Antivenom Index. 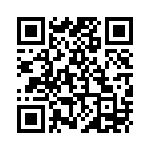