Another great installment into the MBI Railroad Color History series. As always a volume punctuated by excellent photographs which document nearly the entire history of this railroad which dared ... Read full review

Steve Glischinski was born in St. Paul, Minnesota in 1957 and has been interested in railroads since he was 10 years old. He began taking photographs of railroads in 1970, at the age of 13. Since that time, his photos of railroads in action have appeared in a number of books and numerous magazines, including Pacific Rail News, Passenger Train Journal, Progressive Railroading, Railfan & Railroad and Trains. His first magazine articles on railroading were published in 1982, and his by-line has appeared dozens of times, mainly in Trains Magazine, for whom he serves as a special correspondent. He is the author of numerous books on railroading, including such topics as the history of the Burlington Northern Railroad, Wisconsin Central, Milwaukee Road steam locomotive 261 and regional railroads. 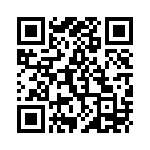