Great to revisit some of my favorite Washington Irving Tales, but too much to sit and read the book from cover to cover. Have purchased a copy (used Amazon) and look forward to savoring the rest of the stories at a leisurely pace. Read full review

Washington Irving, one of the first Americans to achieve international recognition as an author, was born in New York City in 1783. His A History of New York, published in 1809 under the name of Diedrich Knickerbocker, was a satirical history of New York that spanned the years from 1609 to 1664. Under another pseudonym, Geoffrey Crayon, he wrote The Sketch-book, which included essays about English folk customs, essays about the American Indian, and the two American stories for which he is most renowned--"The Legend of Sleepy Hollow" and "Rip Van Winkle." Irving served as a member of the U.S. legation in Spain from 1826 to 1829 and as minister to Spain from 1842 to 1846. Following his return to the U.S. in 1846, he began work on a five-volume biography of Washington that was published from 1855-1859. Washington Irving died in 1859 in New York.

Charles Neider, 1915 - 2001 Charles Neider was born in 1915 in Odessa, Russia. At the age of 5, he and his family moved to the United States, settling in Richmond, Virginia. Neider later moved to New York and attended City College. In 1959, his most famous book was published entitled, "The Autobiography of Mark Twain," which was later named as one of the 100 Best Nonfiction books written in English during the 20th Century by the Modern Library. He has also edited and annotated around a dozen anthologies of Mark Twain tales, and edited the works of Robert Louis Stevenson, Washington Irving and Leo Tolstoy. Neider considered himself to be a naturalist as well as a writer. Between '69 and '77, he participated in three expeditions to Antarctica funded by the National Science Foundation and the United States Navy. He wrote about these trips in "Edge of the World: Ross Island, Antarctica" and "Beyond Cape Horn: Travels in the Antarctic." He also wrote of his own harrowing adventure when the helicopter he was flying in crashed on Mount Erebus in 1971. He wrote fiction about Billy the Kid, and the last book he wrote was a semi-autobiographical book about his struggle with prostate cancer. Charles Neider died July 11, 2001 at the age of 86. 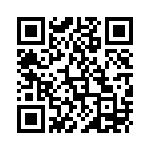