Stanley Tucci has appeared in more than fifty films, including The Devil Wears Prada, The Terminal, and Road to Perdition, as well as more than a dozen plays, on and off Broadway. Stanley starred in Julie & Julia, opposite Meryl Streep, and The Lovely Bones, for which he earned his first Academy Award nomination along with Golden Globe, BAFTA, SAG, and Broadcast Film Critics nominations. 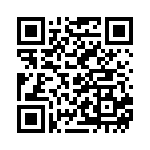