Very good & readable book; lots of explanation which aren't too hard to understand or too trivial. Read full review

Elaine Rich received her Ph.D. in Computer Science from Carnegie-Mellon in 1979. Her thesis, Building and Exploiting User Models, laid the groundwork for the next twenty years of work on personalizing information systems to meet the needs of individual users. Over twenty years later, she still gets requests for her thesis and the papers based on it.

Dr. Rich joined the UT CS faculty in 1979. She continued her work in the area of human/machine interfaces, with a focus on the use of knowledge-based systems. She was PI on an NSF grant, "Individual Models in Computer Systems", $56,000, NSF, 1980, which supported that work. She was also co-PI on two other grants while at UT: "An Experimental Computing Facility to Support the Design and Analysis of Reliable, High Performance Computing Systems", with J. C. Browne, A. G. Dale, D. I. Good, and A. Silberschatz, $3,700,000, NSF, 1982 and "Support for an AI Laboratory", with G. Novak, R. Simmons, and V. Kumar, $1,300,000, Army Research Office, 1984. The $3.7M NSF grant is particularly significant. It supported, for the first time in our department's history, a significant investment in the computing and networking infrastructure required to enable research groups to cooperate in work that required building large software systems.

In 1985, Dr. Rich left UT for the Microelectronic and Computing Technology Corporation (MCC). She served first as a Member of the Technical Staff, then Associate Director of the Human Interface Lab, then Director of the Artificial Intelligence Lab. At MCC, she was responsible for attracting and maintaining support, from MCC's corporate shareholders, for the research projects in her lab. Dr. Rich was responsible for setting research agendas, for enabling technology transfer from MCC to the shareholder companies, and for managing the lab's annual budgets (between $1M and $3M per year).

In 1998, Dr. Rich returned to the CS department at UT Austin as a Senior Lecturer. She has taught Automata Theory, Artificial Intelligence, and Natural Language Processing. She served for two years as Associate Chair for Academic Affairs in the department. During that time, she oversaw a major redesign of the undergraduate curriculum, as well as the launch of several new programs including Turing Scholars, an undergraduate honors program and First Bytes, a summer camp for high school girls to encourage their interest in computer science.

In 1983, Dr. Rich published her textbook, Artificial Intelligence, from which at least a decade of the world's computer scientists learned AI. The book was translated into Japanese, French, Spanish, German, Italian and Portugese. In 1991, with Kevin Knight, she published a second edition. The two editions have sold over 250,000 copies.

Dr. Rich has published nine book chapters and 24 refereed papers. She has served as Editor of AI Magazine and on the editorial boards of Artificial Intelligence Review, The Knowledge Engineering Review, User Modeling and User-Adapted Interaction, and Applied Intelligence. She has served on numerous review panels for NSF and on the Discipline Advisory Committee of the Council of International Exchange of Scholars. In 1991, she was elected a Fellow of the American Association for Artificial Intelligence. 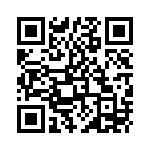