"Hypocrisy, seamy behavior, and poor judgment practiced in one arena are likely to show up in another. All the clauses in the Constitution cannot make a president an admirable human beings who ... Read full review

INSIDE THE WHITE HOUSE: The Hidden Lives of the Modern Presidents and the Secrets of the World's Most Powerful Institution

A mixture of juicy but hard-to-verify gossip and anecdotes about presidents from Secret Service agents (sworn never to reveal secrets), White House housekeepers, butlers, maids, and cooks, as well as ... Read full review

Ronald Kessler is the New York Times bestselling author of The FBI, Inside the CIA, Escape from the CIA, The Spy in the Russian Club, Moscow Station, Spy Vs. Spy, and The Richest Man in the World. He is a former investigative reporter for The Wall Street Journal and The Washington Post, and has won sixteen journalism awards. Mr. Kessler Lives in Potomac, Maryland. 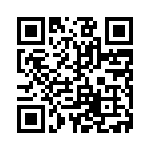