Muhammad Ilias (Research Professor, University of Mississippi) obtained Bachelors and Masters degrees in Pharmacy (1976 and 1978, respectively) from the University of Dhaka, Bangladesh. He obtained a Ph. D. from the Department of Pharmaceutical Chemistry (Phytochemistry) from the University of Strathclyde, UK, in 1985, and post-doctoral ressearch training in Nattural Products (NP) from the Department of Pharmacognosy, University of Mississippi from 1987-89. He worked as a teaching faculty at the University of Dhaka (1979–81 & 1985–87) and a Researcher, King Saud University, Saudi Arabia from 1989 to 1998). Since 1998, Muhammad has been working as a Research Faculty at the National Center for Natural Products Research, School of Pharmacy, University of Mississippi, where currently as a Research Professor since 2012. His primary research area is natural products drug discovery, focused on anticancer, anti-infective and neuroprotective agents. He has received various grants in these areas for last 20 years, funded by NIH, DoD, MMV, and USDA-ARS., where he served as a PI/ CO-PI/Collaborator. He is collaborating with Children Brain Tumor Center of Excellence (CBTCE), University of Cambridge, U.K., and Institute of Pharmaceutical Sciences, King’s College, London, on anticancer and anti-microbial NP drug discovery projects, and also pursuing to develop a library of natural by-products for neurodegenerative diseases. He has invented/ developed new environment-friendly centrifugal chromatographic technology and devices, named “Chromatorotor” (UM #8270) and “Spin Chromatography System” (UM #8390), for the application of Centrifugal Planar Chromatography using various types of binder- free sorbents, especially reversed- phase (C18) silica gel. Muhammad has examined bioactive compounds from plants belong to verious biodiverse regions of the world, including Asia, Africa and Americas, which has enriched his NP respository. He has contributed to many of scientific meetings on bioactive NP’s among researchers in multiple countries.

Charles L. Cantrell obtained a Ph.D. in Organic Chemistry from LSU in 1998 under the direction of Dr. Nikolaus H. Fischer. From 1998 to 2000 he conducted postdoctoral research in the Laboratory of Drug Discovery Research and Development, National Cancer Institute, in Frederick, Maryland under the direction of Dr. Kirk Gustafson. His research consisted of the isolation and structure elucidation of cytotoxic constituents isolated from marine plants and animals. This research led to the discovery of the chondropsins, a new class of cytotoxic macrolides from the marine sponge Chondropsis sp. Following this postdoctoral position, he spent 2 years as a Research Chemist with the United States Department of Agriculture, Agricultural Research Service (USDA-ARS) in Peoria, Illinois. Dr. Cantrell left ARS in 2001 to pursue a career in the private sector as Associate Director of Research and Development for Tanical Therapeutics, Inc. Research at Tanical focused on the identification of small-molecule drug candidates from plants with a history of traditional usage against diseases such as cancer, rheumatoid arthritis, and benign prostate hyperplasia. Dr. Cantrell has also worked for both Hauser, Inc. and Sandoz Pharmaceuticals. Dr. Cantrell served as Treasurer of the Phytochemical Society of North America (PSNA) from 2002 to 2005, Editor of The Cornucopia from 2000 to 2004, Associate Editor of Pest Management Science from 2012 to present, and President of the PSNA in 2010. Dr. Cantrell is currently a Research Chemist for the USDA-ARS in Oxford, MS. As part of the Natural Products Utilization Research Unit, he is responsible for the discovery of natural product-based pesticides. Dr. Cantrell has co-authored over 130 peer-reviewed publications, 7 book chapters, 3 US patents, and 2 international patents. 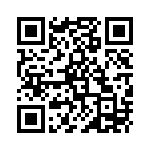