Former Michigan congressman and budget director for the Reagan administration Stockman (The Triumph of Politics: The Inside Story of the Reagan Revolution, 1986) tells "the real story [of]…how the ... Read full review

David A. Stockman was elected as a Michigan congressman in 1976 and joined the Reagan White House in 1981. Serving as budget director, he was one of the key architects of the Reagan Revolution plan to reduce taxes, cut spending, and shrink the role of government. He joined Salomon Brothers in 1985 and later became one of the early partners of the Blackstone Group. During nearly two decades at Blackstone and at a firm he founded, Stockman was a private equity investor. Stockman attended Michigan State University and Harvard Divinity School and then went to Washington as a congressional aide in 1970. He is also the author of the New York Times bestseller The Triumph of Politics: Why the Reagan Revolution Failed. 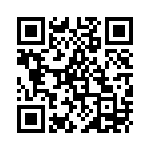