This has been a charming and delightful read. A series of short stories spanning 1929 to 1942 telling of the yearly summer visits of Joey and Mary Alice to their Grandma's. Being born and raised in ... Read full review

Excellent book, with history, humor, and discuss-able characters and themes. Somehow I just didn't really enjoy it, though. I guess because I kept comparing Mrs. Dowdel with my own widowed ... Read full review

Richard Peck was born in Decatur, Illinois on April 5, 1934. He received a bachelor's degree in English from DePauw University in 1956. After college, he was drafted into the army and served as a soldier in Germany, ghost-writing sermons for chaplains. After the war, he became an English teacher, lecturing to middle school students in Illinois and New York City. While still teaching, he wrote a column on the architecture of historic neighborhoods for the New York Times and contributed articles to the Saturday Review of Literature and the Chicago Tribune as well as other magazines and newspapers. Peck quit teaching on May 2, 1971. He went home and started writing right away. He wrote his first novel, Don't Look and It Won't Hurt, and brought it to Holt, Rinehart and Winston (now Henry Holt). An editor called him on the following morning to say it had been accepted and they wanted a second novel. He has written more than 30 books for both adults and young adults. A Year down Yonder won the Newbery Medal in 2001 and Are You in the House Alone? won an Edgar Award. In 1990, Richard Peck received the MAE Award, a prestigious award sponsored by the Young Adult Library Services Association of the American Library Association in cooperation with School Library Journal. His books have also received or been finalists for the National Book Award, ALA Notable Books, ALA Best Books for Young Adults, and the Margaret A. Edwards Award. 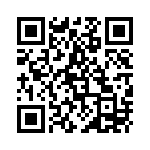