I finished this book the night before President Trump announced he was revoking former CIA Director John Brennan's security clearance, an event which made Clapper's even more strikingly relevant than ... Read full review

Facts and Fears: Hard Truths from a Life in Intelligence by James R. Clapper is a book I had heard a lot about and wanted to read but really I was worried it was going to be dry and boring, boy was I ... Read full review

James Clapper served as the fourth United States Director of National Intelligence--the United States' top intelligence officer and President Obama's senior intelligence advisor--from 2010 until 2017. Beginning his career as an enlisted Marine Corps reservist in 1961, Clapper eventually became a three-star Air Force lieutenant general and director of the Defense Intelligence Agency, retiring from uniformed service in 1995. In 2001 he returned to service, becoming the first civilian director of the National Imaging and Mapping Agency just three days after 9/11. In 2007 he was appointed the Pentagon's top intelligence official, serving as an appointee for both the Bush and Obama administrations before President Obama appointed him as DNI.

Trey Brown is a 1997 graduate of the US Naval Academy who started his career as a helicopter pilot and was twice deployed to the Persian Gulf before returning to teach at his alma mater. After serving as a US Navy spokesman from the Pentagon, he joined the Office of the DNI, where he began writing speeches in 2011. He has written hundreds of speeches, eight which were published in the world's top speechwriting journal, Vital Speeches of the Day, and was James Clapper's speechwriter for his final three years as DNI. Clapper's speech to Morehouse College, "Why Black Lives Matter to US Intelligence" received the grand prize of the 2017 international Cicero speechwriting award. 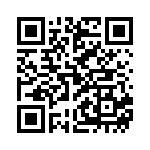